Warning: "continue" targeting switch is equivalent to "break". Did you mean to use "continue 2"? in /nfs/c06/h07/mnt/90560/domains/diveinaqaba.com/html/wp-content/themes/Divi/includes/builder/functions.php on line 4564
 Visitors Bay | Briny 
Warning: A non-numeric value encountered in /nfs/c06/h07/mnt/90560/domains/diveinaqaba.com/html/wp-content/themes/Divi/functions.php on line 5837 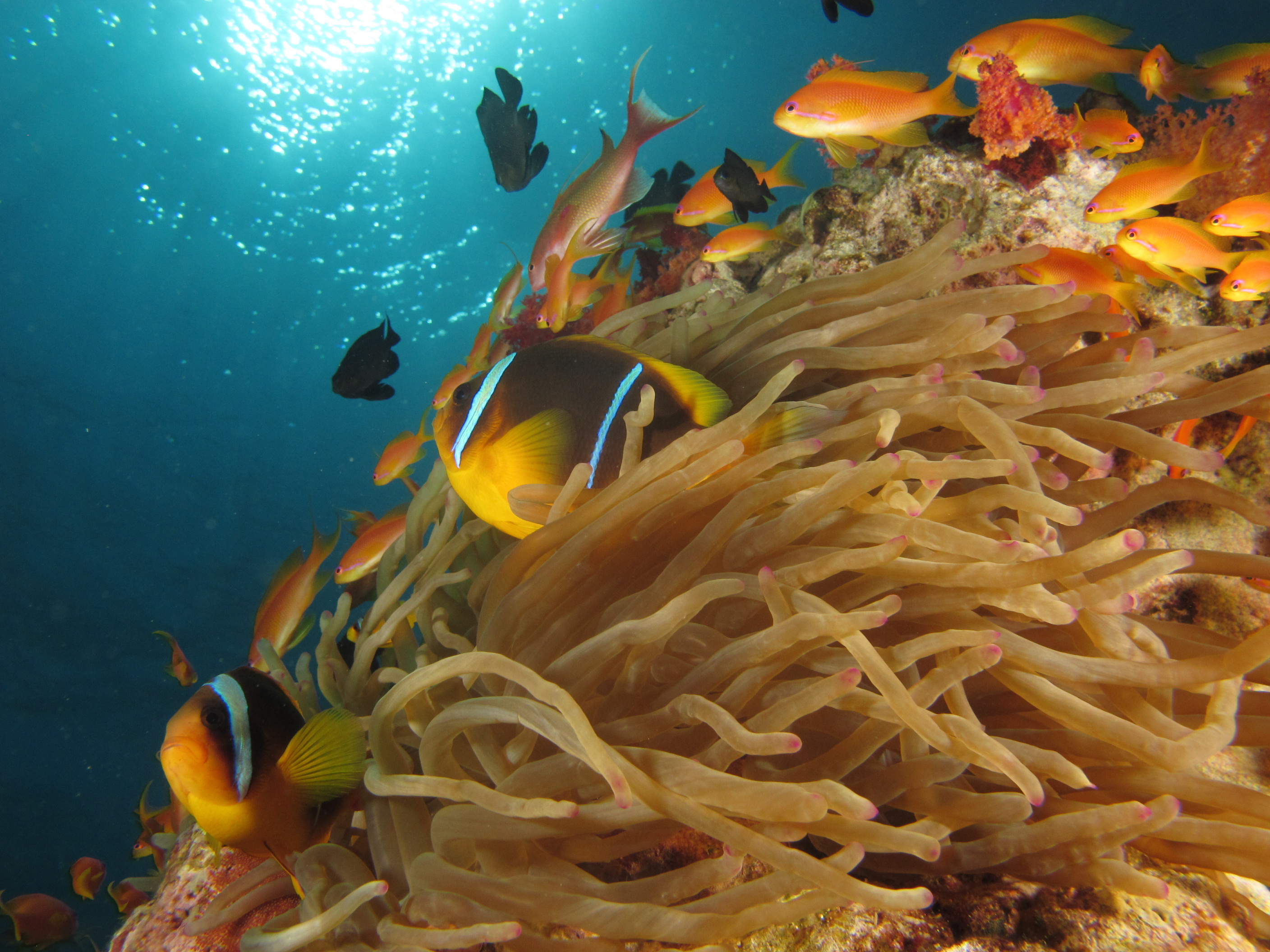 One of the longest dives and a very popular dive. The reef has some very beautiful fan colours and a large shoals of pennat fish. Torpedo rays and Hawksbill turtles are also a common sight. The site has very high densities of coral coverage and is ideal for underwater photography. 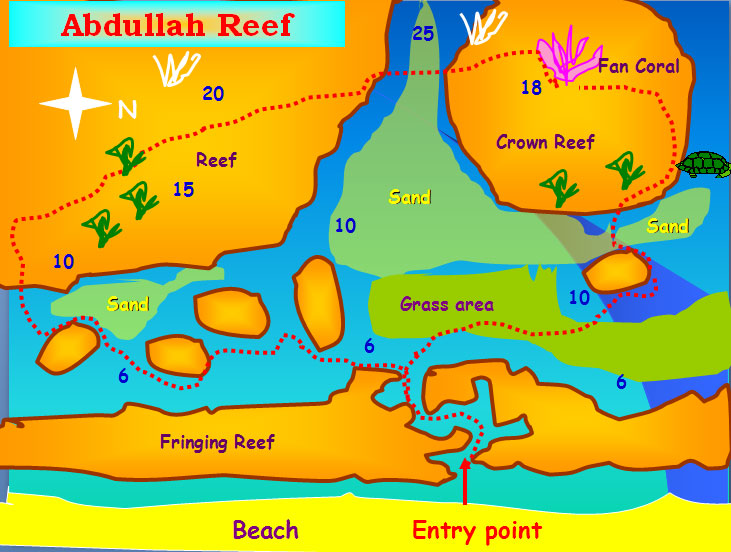 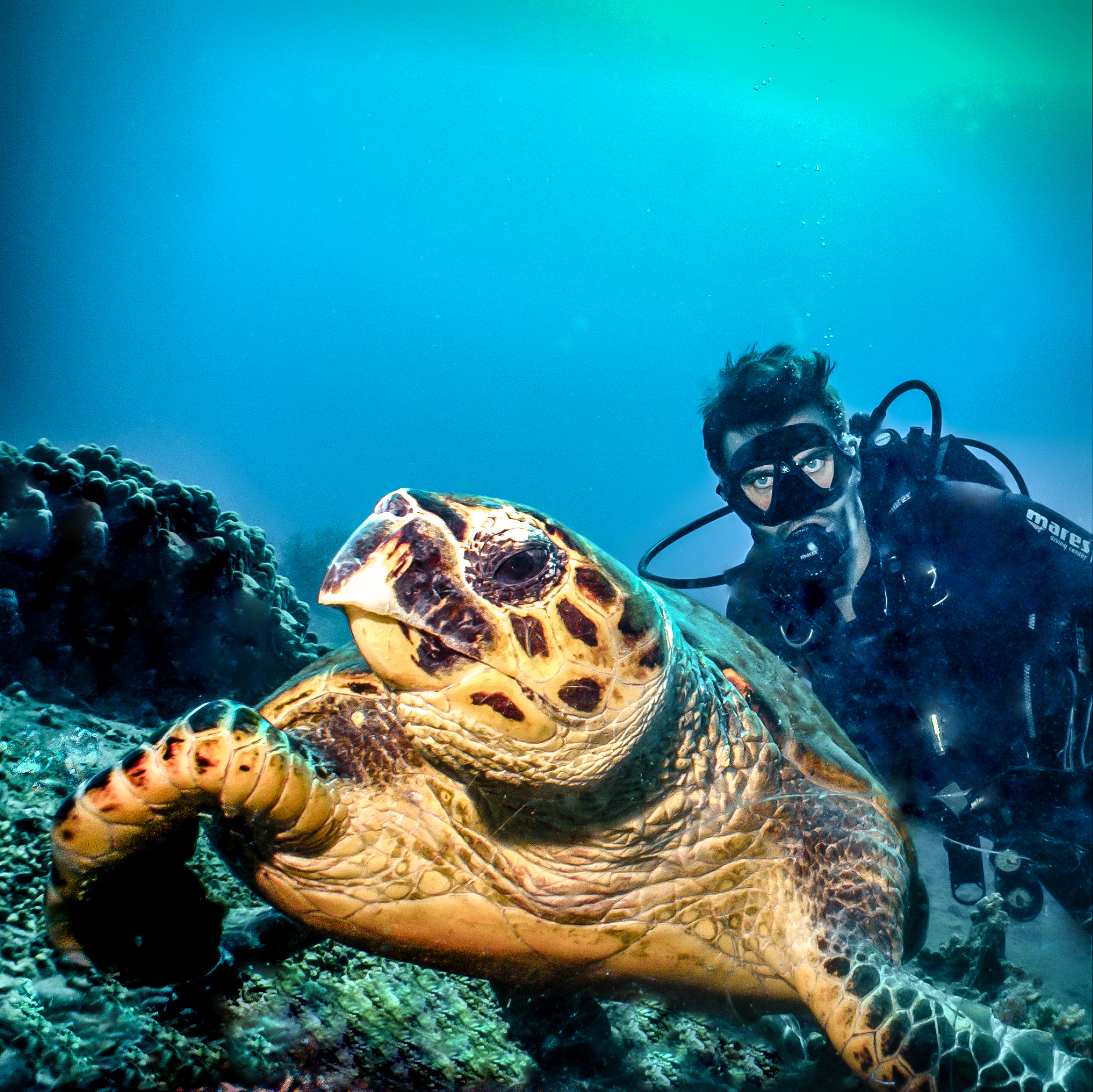 This site provides very easy access and is ideal for snorkelers and anyone who is new to the area, as a coral garden starts just below the surface and extends outwards for approximately 30m when it drops away steeply. The reef has a prolific number of fish and if you are lucky you may see one of the turtles that frequents this site. 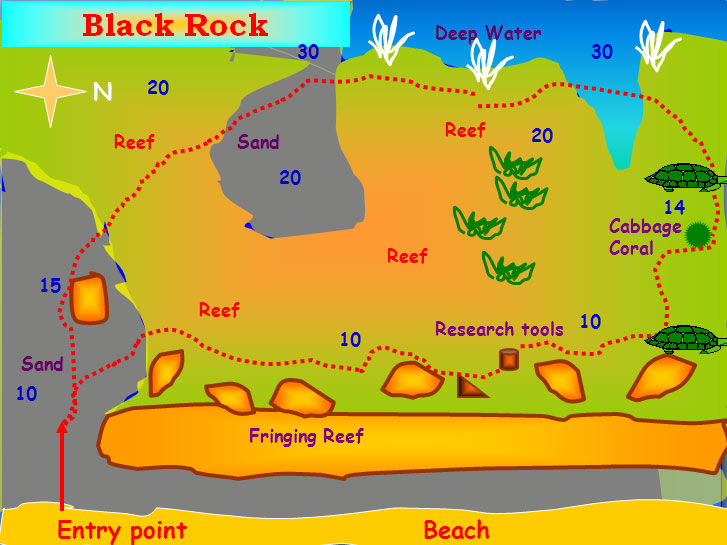 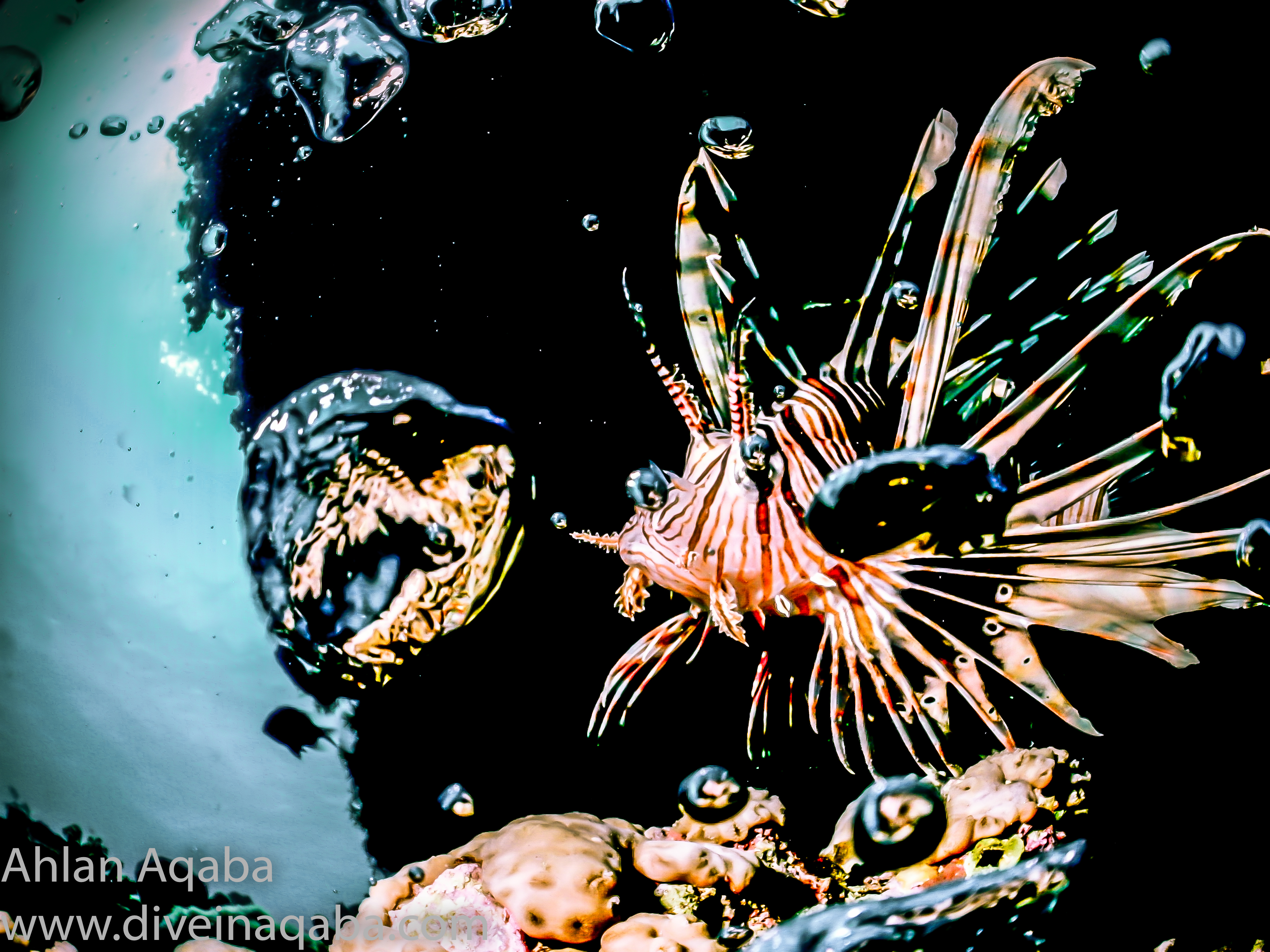 Created in 1996 when electrical cables were laid to Egypt. There are four cables running out over the seabed, the two cables to the North run through a deep canyon. Here the reef has been shored up on either side to prevent it collapsing on the cables. Large steel netting covers the reef to the North and South, coral is now growing through this. Large metal tubes straddle the canyon preventing collapse. These are now a habitat for soft corals and sponges, you might also spot an octopus or Spotted Eagle Ray here. 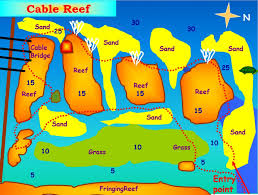 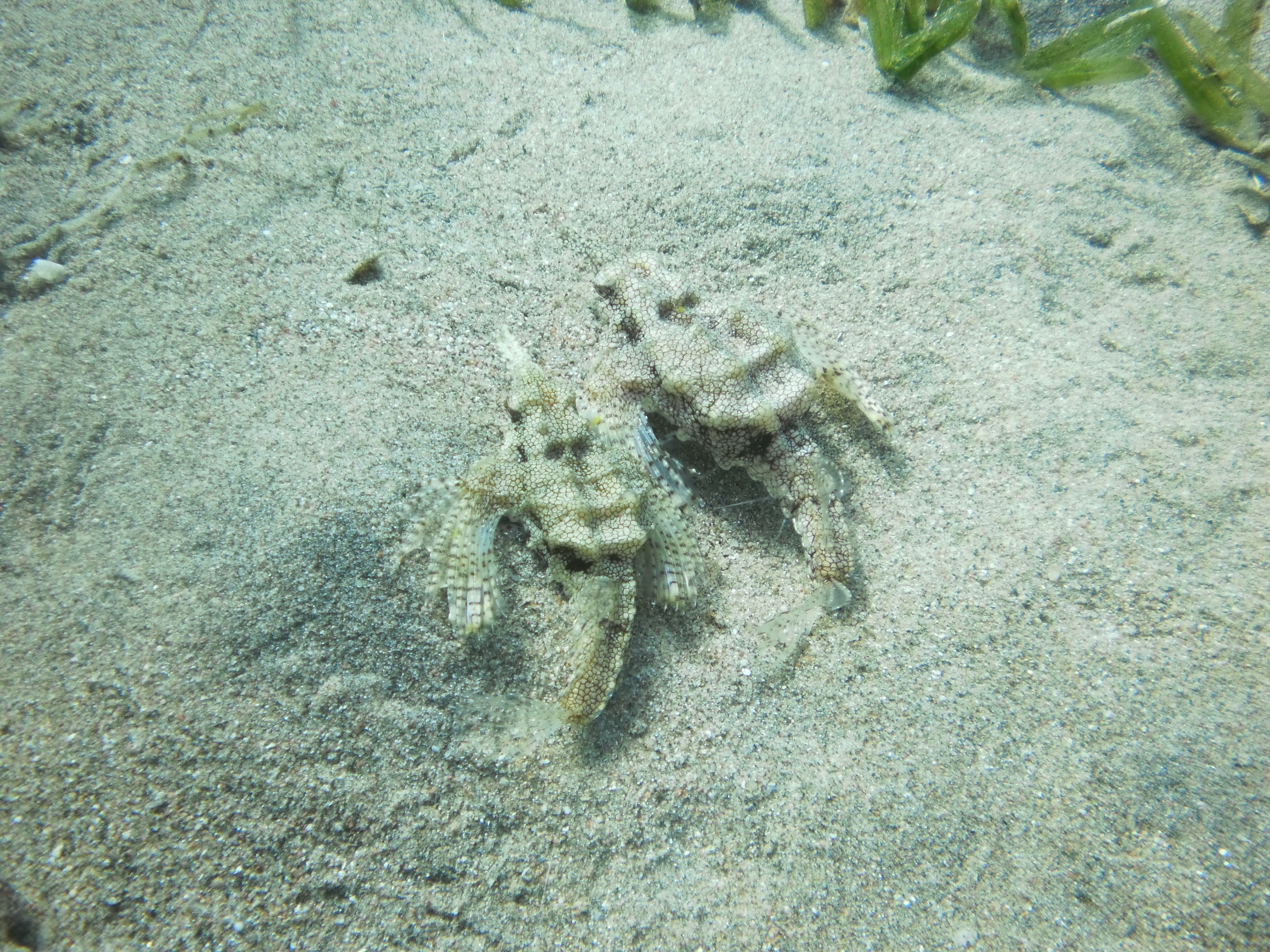 Named because the reef is shaped like a rainbow. Starting at a depth of 6 m extending to 18 m. The site makes a good night dive, when you can see large Spanish Dancers, lobsters, Feathered Starfish, moray eels and Lionfish. Here you can see the telecommunication cable that connects Egypt and Jordan. 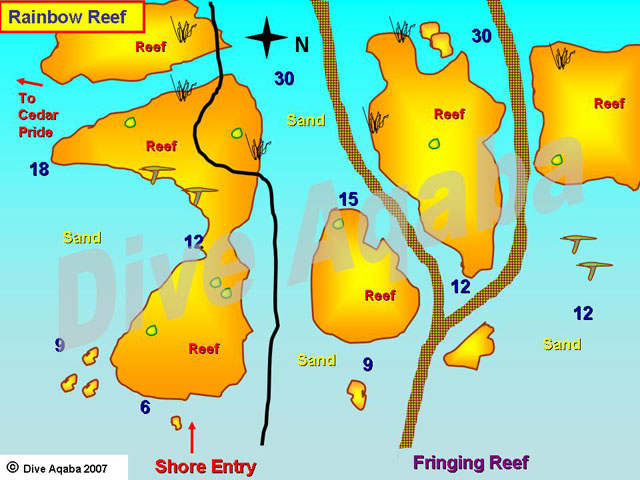 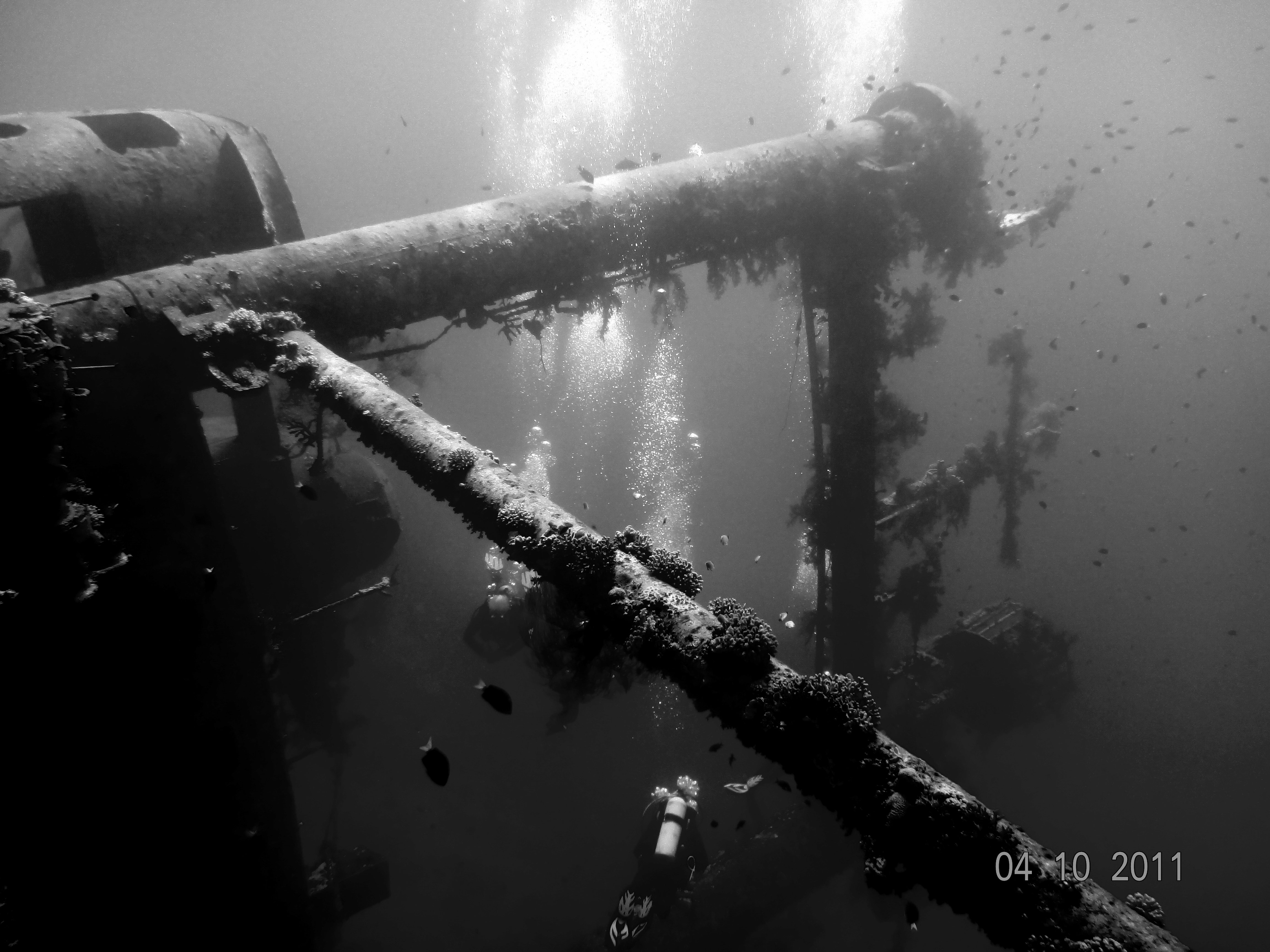 The Cedar Pride wreck is one of Jordan’s most popular and celebrated dives. A former Lebanese freighter, the ship sustained extensive damage during a fire in 1982. Following a request from King Abdullah, the ill-fated vessel was deliberately sunk approximately 200 m offshore as an artificial reef for divers. Lying on its port side at a maximum depth of 27 m across two reefs, the wreckage has been colonized by numerous hard and soft corals. Marked by a surface buoy, the Cedar Pride can be dived from boat or shore. The uppermost starboard side is at 10 m, and so provides a great site for both novice and experienced divers alike. The wreck is largely intact and around 80 m in length with the most interesting diving on the seaward side, where you can see the deck and superstructure. The outstanding feature is the crow’s nest, which is covered with a profusion of colorful soft corals and stands out against the clear blue water. As you continue further towards the hull, you pass mushroom ventilation shafts and the main mast. Here in the deeper water, the soft corals are more dispersed but are replaced by hard corals and schools of fish, including the odd barracuda. As you swim back along the uppermost starboard side, you can find plenty of hard corals and small animals that have made their home on the hull, including anemones, table corals, pipefish and clusters of acropora. This makes for an excellent night dive. The deck is smothered with lots of critters, including urchins, shrimps, Spanish Dancers and soft coral crabs. 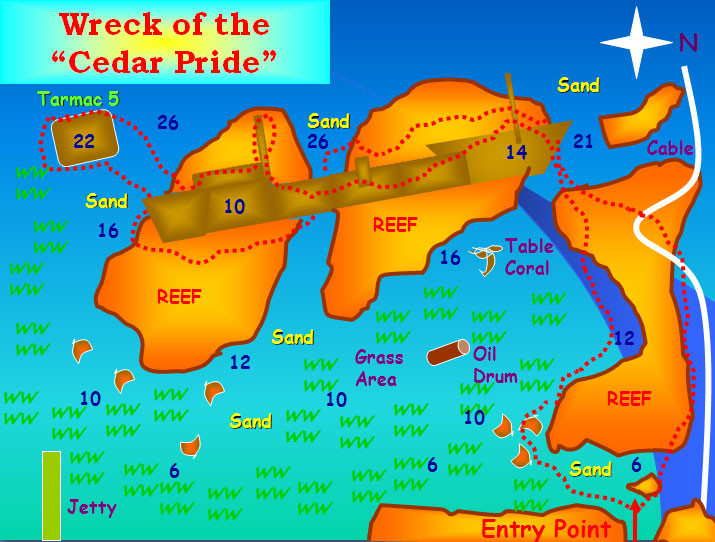 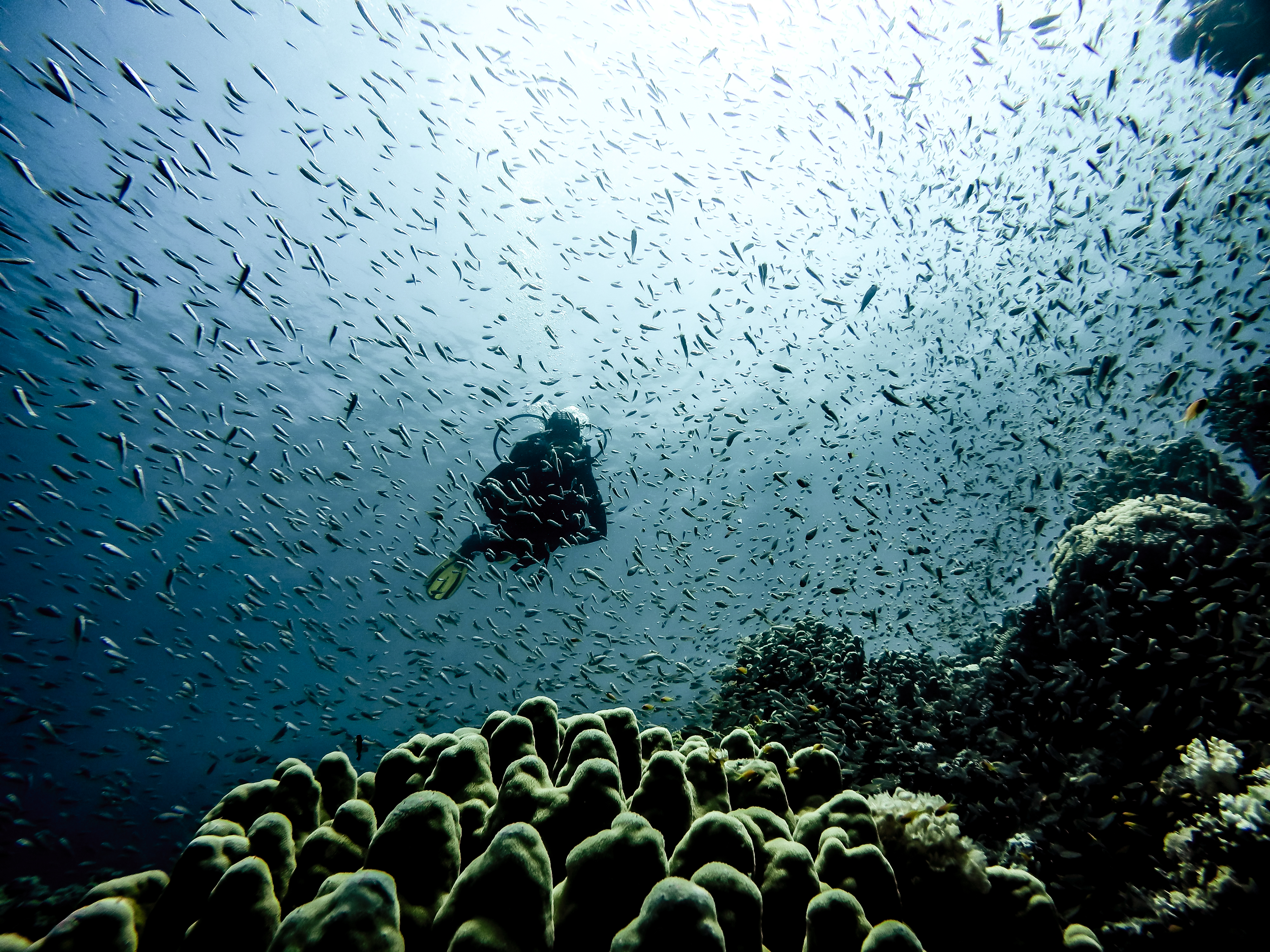 Located just to the south of the Shipwreck. One of the best dive sites worldwide with very good conditions for diving and snorkeling. The reef begins in shallow water and then gently slopes to the magnificent colorful reef bed where very large schools of Anthias (Gold fish) play with the golden sun beams while getting their snack of plankton around the pinnicles. Lyre Tail Groupers, Royal Angelfish, Moray Eels, big Clam Shells are also very common here. 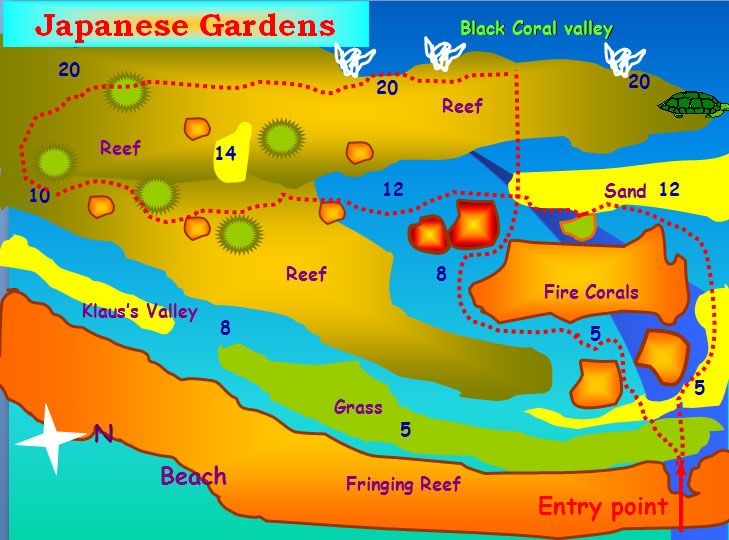 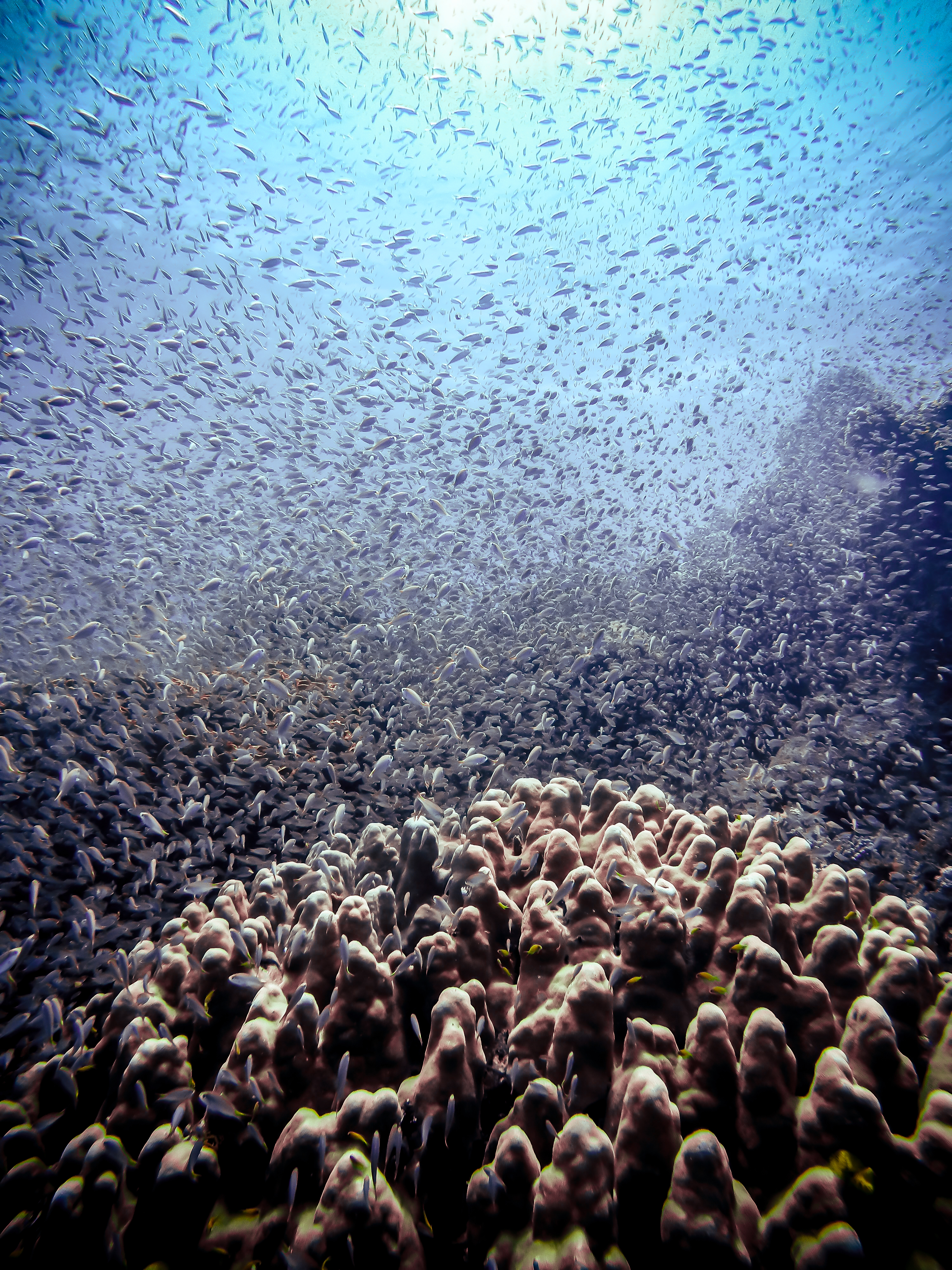 The reason it was given this name is because it has two large Gorgonia corals. Maximum depth of the site is 18m and is excellent for newly certified divers. It has an entry access from shore of 3m wide and 4m deep, after passing through this wonderful passage (various uncommon shy creatures hiding in caves all the way along) the diver is met with a vast cabbage coral. This dive provides examples of a fantastic array of the different varieties of the coral of the Red Sea. The site has two large pinnacles extending from the bottom to the sea surface, inhabited by unique soft and hard corals forming a safe and wealthy home for many kinds of beautiful invertebrates and fish. The boulder, fan and table corals complete the coral packed tour! 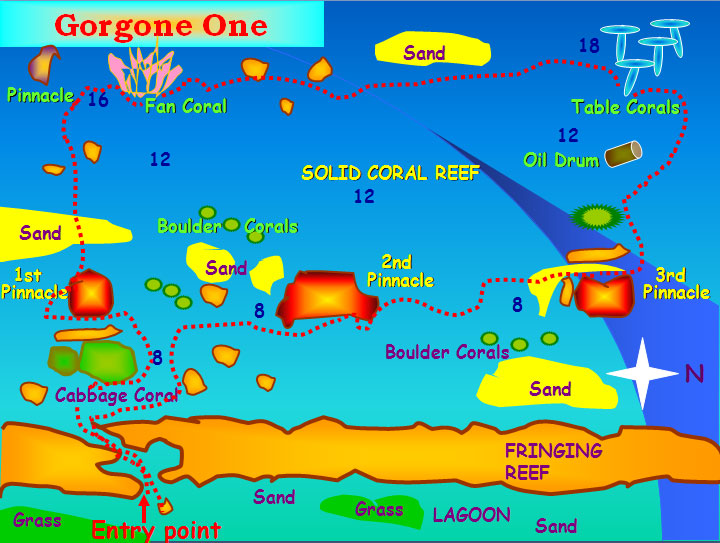 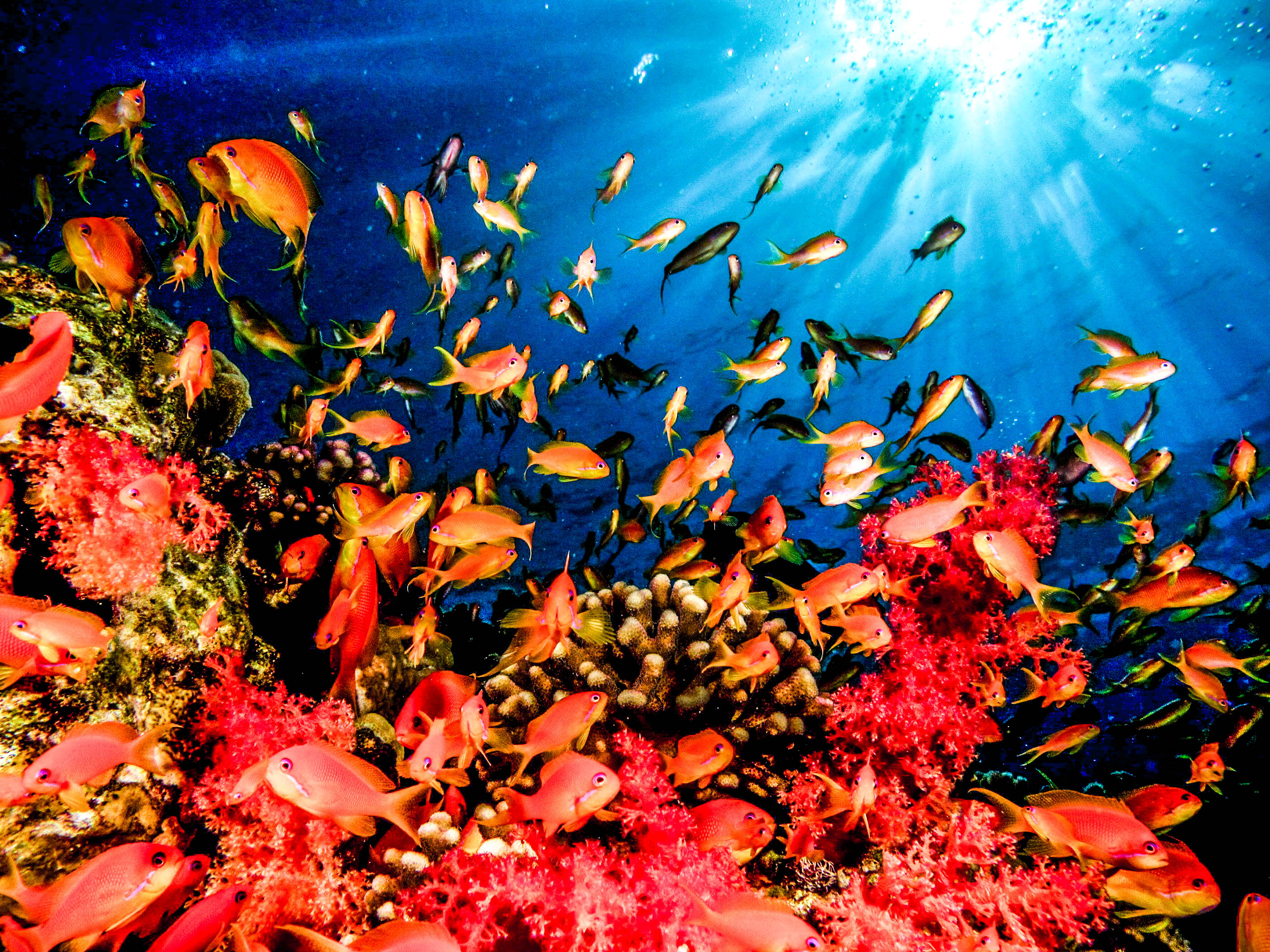 This site is very similar in the richness of it’s corals to Gorgone I. The site is named after Gorgonia fan-coral sitting at a 21 m depth. Here you can see Moray Eels, Lionfish, Blue Tangs and other surgeon fish. Multiple coral clumps create a small maze giving the diver something to wander leisurely through on their safety stop. 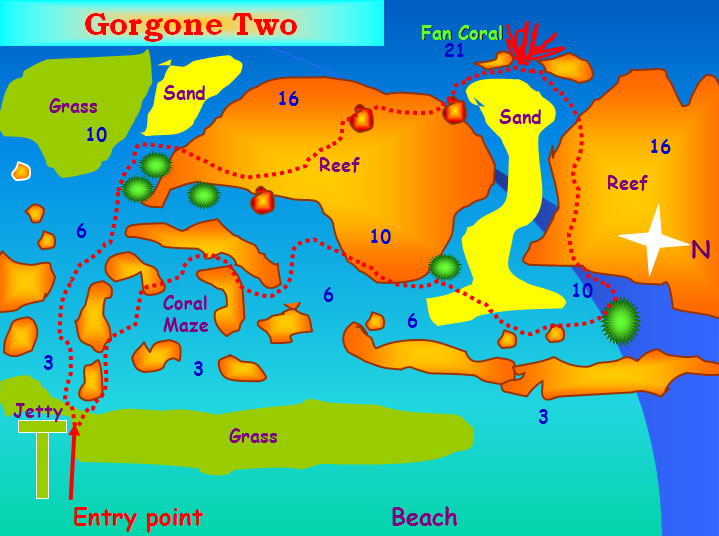